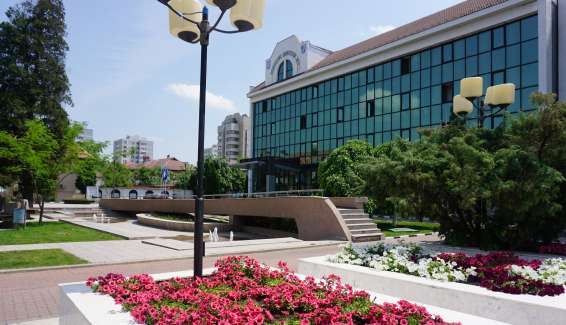 The Olt County Council represents the public district authority entitled to coordinate the activity of local councils, in order to achieve public services of district interest.

The County Council represents an authority with deliberative character, its activity being fulfilled through plein debates. The County Council is elected by universal vote, equally, secretly and freely expressed.
The County Council established for 2004-2008 legislatures was declared legally constituted on 24th of June 2004, date when the33 elected counselors were validated and took an oath according to the law.

The main responsibilities of the County Council are the followings:
a) the election of a president and two vice-presidents from the counsellors row.
b) approved, at the president proposal the followings: Service Instructions of the Olt County Council, the number of staff, according to the law, the flow-chart, the Service Instructions for its own staff, for the public institutions, as well as public services.
c) adopts strategies, prognosis and programs for economical-social development of the district.
d) coordinates the activity of local councils of the cities and communes, in order to achieve the public services of district's interest.
e) approves the budget of the county, the loans, credits and the assignment of budgetary reserve; approves the account for final budget; establishes taxes; decides the allotment on cities and communes of the quote from some public incomes of the budget or from other sources, according to the law;
f) administrates the public and private property of the county;
g) approves the construction, maintenance and modernization of roads, bridges and the whole infrastructure of county's interest;
h) assures, according to its responsibilities, the material and financial conditions in order to determine an efficient functioning of the cultural institutions, public institutions and services of education, social protection and social assistance, public service of transport and other activities, according to the law;
i) assures financial support for cultural, religious activities, as well as for educational, scientific and sportive activities;
k) decides, according to the law, the cooperation or association with legal Romanian or foreign entities, with nongovernmental organizations and other social partners , in order finance and achieve in common of some services, projects of public interest at the level of the county.